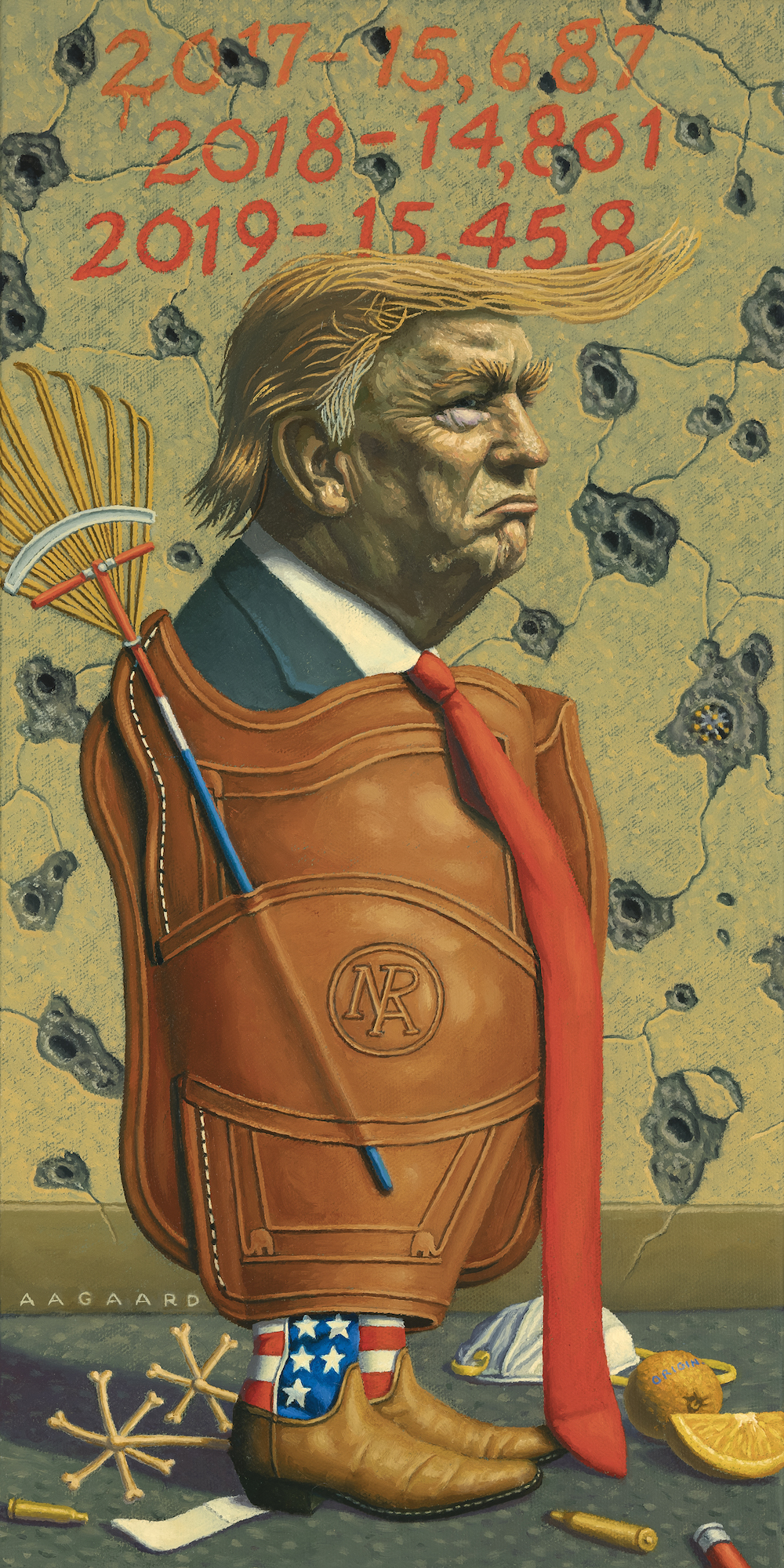 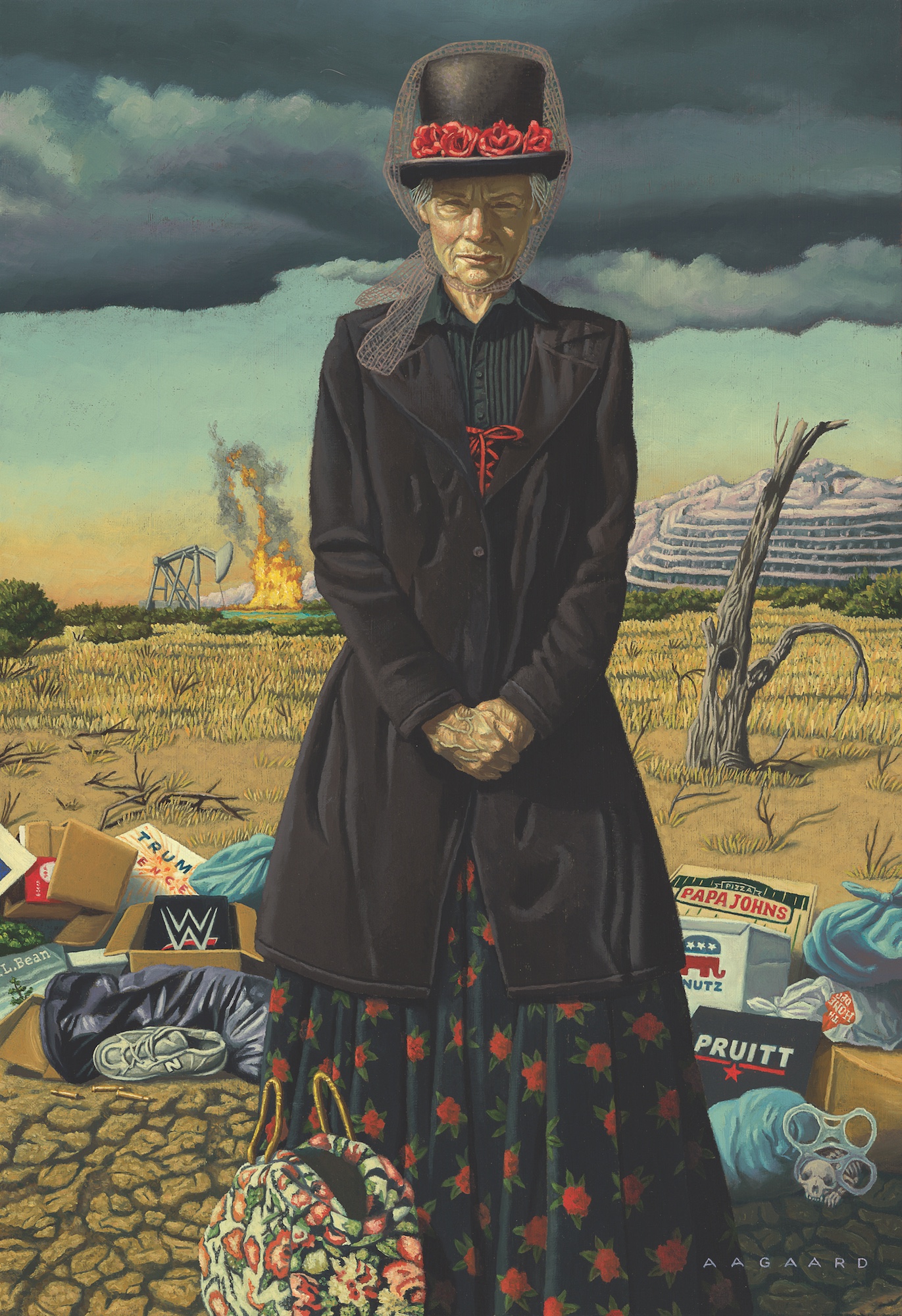 As a fledgling illustrator in Brooklyn during the 1980’s, I took on any project thrown my way. I refer to that time as my “snack or famine days”. Eventually, I zeroed in on editorial work and soon scored assignments at publications like The New York Times, Los Angeles Times, NY Newsday and The Village Voice (primarily covers).

Since the early 2000’s, I’ve concentrated on gallery work with an editorial, satirical slant….. essentially larger oil paintings with conceptual content reminiscent of my illustration years. Lampooning politicians, pundits or spiritual leaders who specialize in alternative facts, manufactured outrage, false equivalents, convoluted conspiracy theories and tunnel-visioned tribalism (whew) is my form of protest and provides a satisfying outlet (i.e., it minimizes shouting at the TV, reduces those pesky nightmares & eliminates my quest to prove Jeff Sessions is actually an interloper from The Shire).

Of course, visually addressing the daily insanity of politics, punditry or social upheaval requires an occasional break, which is when I paint relatively non-confrontational pieces. That said, please proceed to the Portfolio Page to see samples of The World According to Gar. 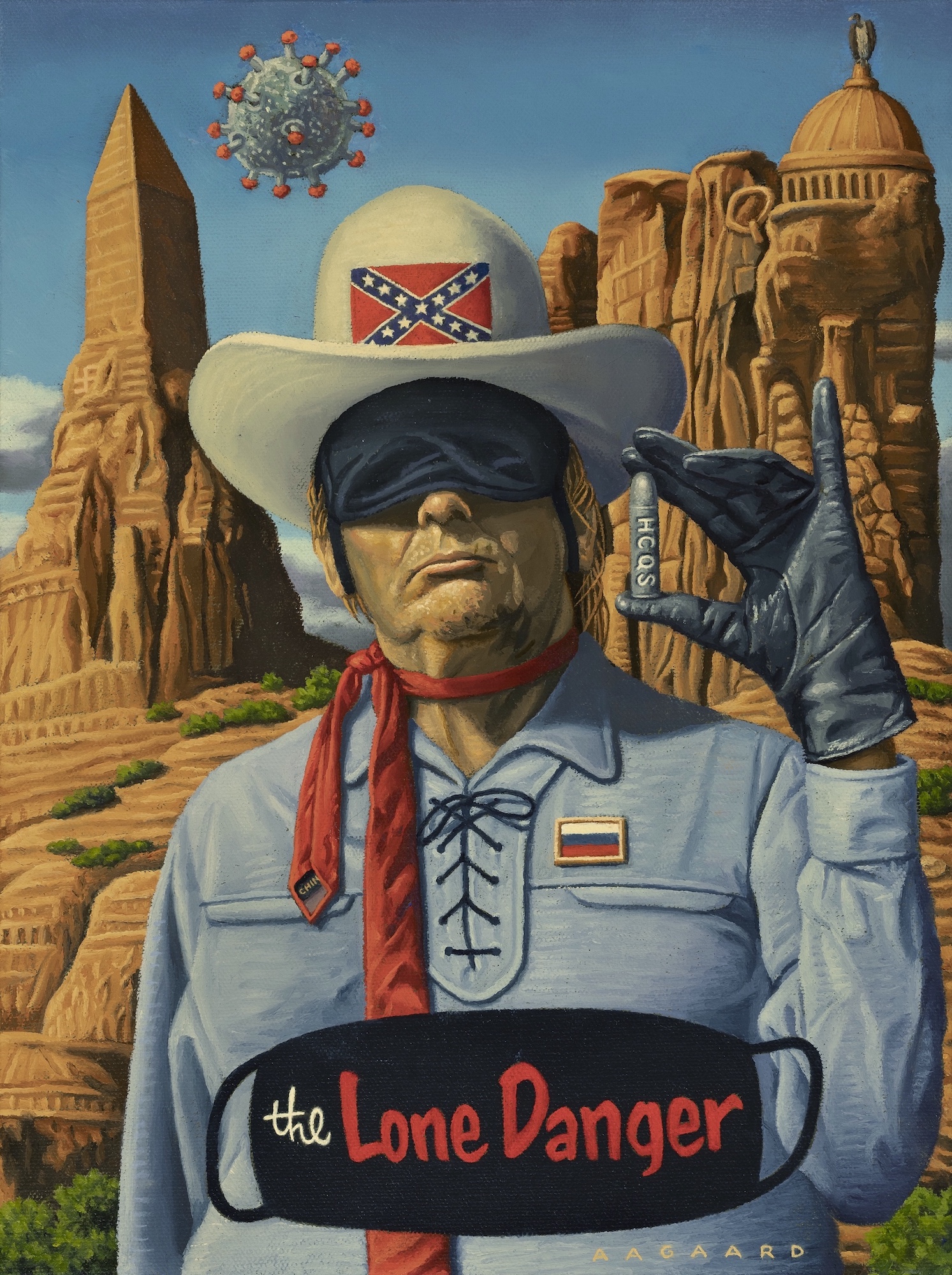 The Lone Danger  (oil on canvas)